The calculator function in RevMan Web can be used to transform raw data extracted from study reports when it does not match the format required for meta-analysis.

There are various scenarios where this might be needed, and the approach in RevMan differs depending on the type of data available and the desired output. Common uses include:

RevMan Web saves the data entered via the calculator and the transformed data output which makes the process more transparent, and the data easier to check and manipulate.

View the statistical algorithms used in the RevMan calculator.

In the analysis result data table, you can access the calculator for a specific result by selecting the Action drop down menu and choosing Calculator. Note that there is no calculator available for analyses with dichotomous data type.

In the given panel you can enter the data reported in the study. Note that some of the fields have validation to ensure you are inputting the correct data. If you enter inconsistent data RevMan will use the most relevant value and ignore the other values. There is validation in place to help you detect if you are entering data on the wrong format. 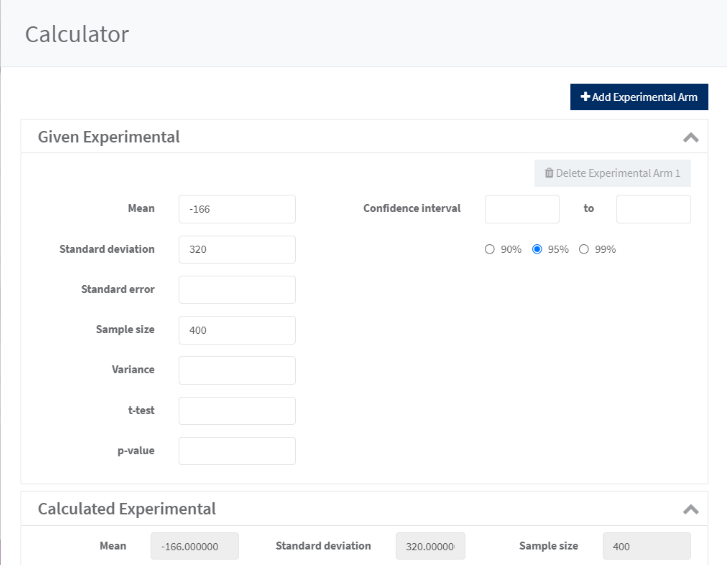 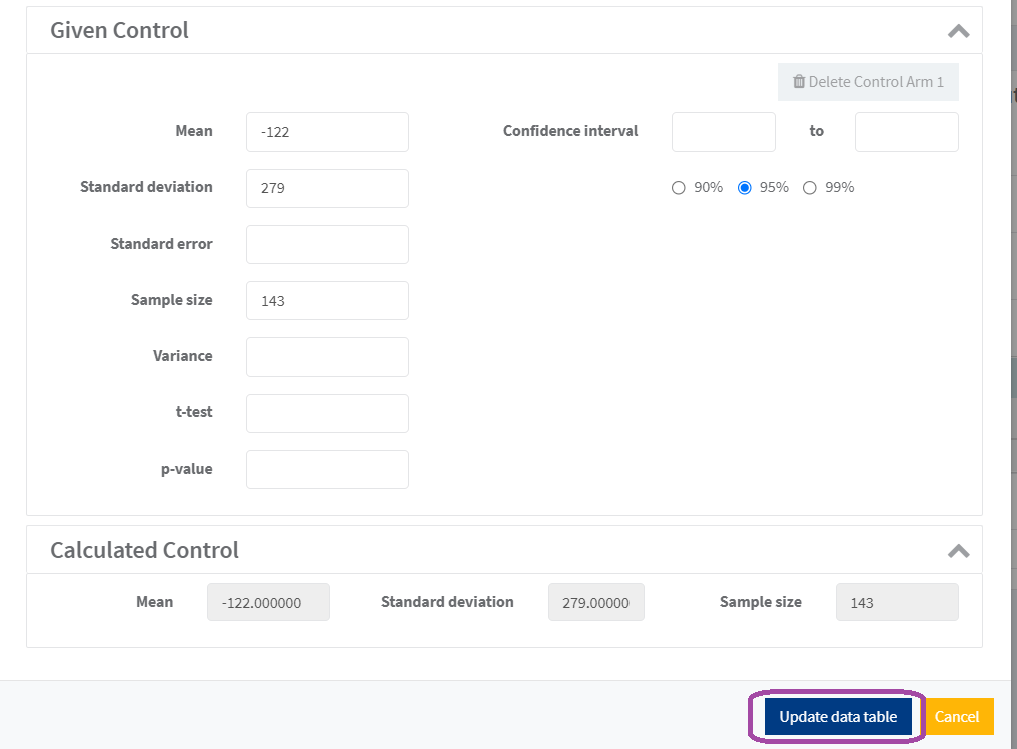 Note that data that is saved by the calculator will be deleted if:

In some trials, more than one arm per group is reported. Then it will be useful to use the calculator to calculate a pooled mean and standard deviation. You do this by clicking ‘Add Experimental Arm’ or ‘Add Control Arm’. The calculator will then automatically pool the means and standard deviations when you have entered data for the arms. There is no limit to how many arms you can add. You can combine arms for analyses with continuous data type and for GIV analyses with contiuous data. 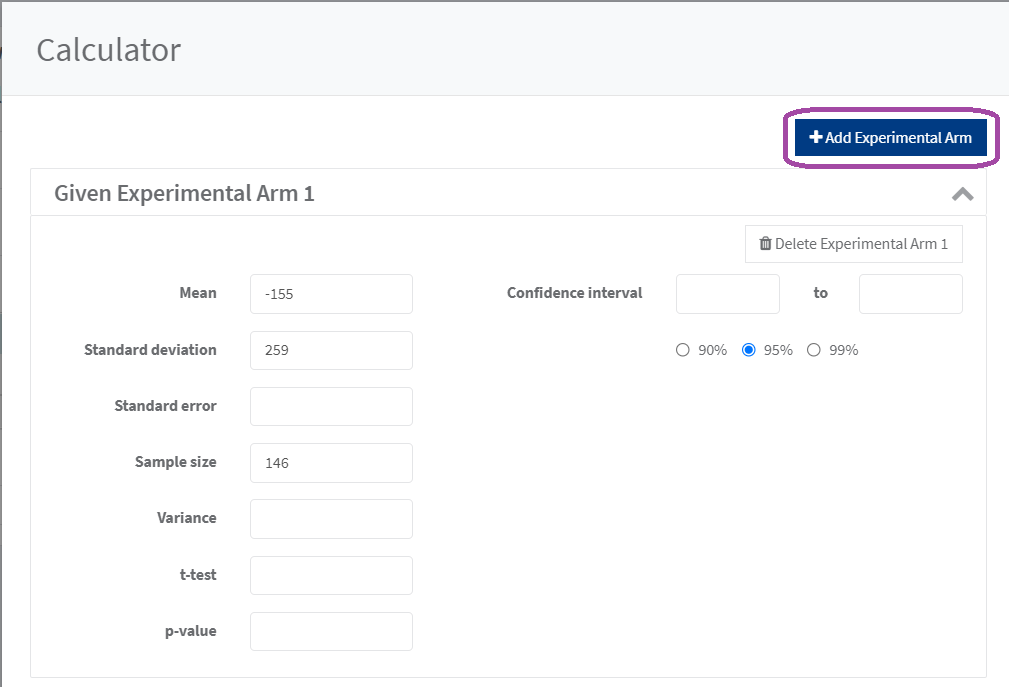